Isaac Barrow (October 1630 – 4 May 1677) was an English Christian theologian and mathematician who is generally given credit for his early role in the development of infinitesimal calculus; in particular, for the discovery of the fundamental theorem of calculus. His work centered on the properties of the tangent; Barrow was the first to calculate the tangents of the kappa curve. He is also notable for being the inaugural holder of the prestigious Lucasian Professorship of Mathematics, a post later held by his student, Isaac Newton.

John Wilkins, FRS (1614–1672) was an Anglican clergyman, natural philosopher and author, and was one of the founders of the Royal Society. He was Bishop of Chester from 1668 until his death.

Wilkins is one of the few persons to have headed a college at both the University of Oxford and the University of Cambridge. He was a polymath, although not one of the most important scientific innovators of the period. His personal qualities were brought out, and obvious to his contemporaries, in reducing political tension in InterregnumOxford, in founding the Royal Society on non-partisan lines, and in efforts to reach out to religious nonconformists. He was one of the founders of the new natural theologycompatible with the science of the time. He is particularly known for An Essay towards a Real Character and a Philosophical Language (1668) in which, amongst other things, he proposed a universal language and an integrated system of measurement, similar to the metric system.

Wilkins lived in a period of great political and religious controversy, yet managed to remain on working terms with men of all political stripes; he was key in setting the Church of England on the path toward comprehension for as many sects as possible, “and toleration for the rest.” Gilbert Burnet called him “the wisest clergyman I ever knew. He was a lover of mankind, and had a delight in doing good.”

His stepdaughter married John Tillotson, who became Archbishop of Canterbury.

Robert Hooke FRS (/hʊk/; 28 July [O.S. 18 July] 1635 – 3 March 1703) was an English natural philosopher, architect and polymath. As a young adult, he was a financially impoverished scientific inquirer, but came into wealth and good reputation following his actions as Surveyor to the City of London after the great fire of 1666 (in which he appears to have performed more than half of all the surveys after the fire). At that time, he was also the curator of experiments of the Royal Society, and a member of its council, Gresham Professor of Geometry. He was also an important architect of his time—though few of his buildings now survive and some of those are generally misattributed—and was instrumental in devising a set of planning controls for London, the influence of which remains today. Allan Chapman has characterised him as “England’s Leonardo“.

Hooke studied at Wadham College, Oxford, during the Protectorate where he became one of a tightly knit group of ardent Royalists led by John Wilkins. Here he was employed as an assistant to Thomas Willis and to Robert Boyle, for whom he built the vacuum pumps used in Boyle’s gas law experiments, and conducted the experiments themselves. He built some of the earliest Gregorian telescopes and observed the rotations of Mars and Jupiter. In 1665 he inspired the use of microscopes for scientific exploration with his book, Micrographia. Based on his microscopic observations of fossils, Hooke was an early proponent of biological evolution. He investigated the phenomenon of refraction, deducing the wave theory of light, and was the first to suggest that matter expands when heated and that air is made of small particles separated by relatively large distances. He proposed that heat was the manifestation of faster movement of the particles of matter.

He performed pioneering work in the field of surveying and map-making and was involved in the work that led to the first modern plan-form map, though his plan for London on a grid system was rejected in favour of rebuilding along the existing routes. He also came near to an experimental proof that gravity follows an inverse square law, and first hypothesised that such a relation governs the motions of the planets, an idea which was developed by Isaac Newton, and formed part of a dispute between the two which caused Newton to try to erase Hooke’s legacy. He originated the terraqueous globe theory of geology, disputed the literal Biblical account of the age of the Earth, hypothesised the idea of extinction, and wrote numerous times of the likelihood that fossils on hill and mountain tops had been raised there by “earthquakes”, a general term of the time for geological processes. Much of Hooke’s scientific work was conducted in his capacity as curator of experiments of the Royal Society, a post he held from 1662, or as part of the household of Robert Boyle.

In later life, Hooke became party to jealous intellectual disputes, which may have contributed to his relative historical obscurity outside of his association with Newton in particular.

Full text of “Sun-drying and dehydration of walnuts” was last modified: September 29th, 2019 by Jovan Stosic

How to Dry Walnuts: 9 Steps (with Pictures) was last modified: September 29th, 2019 by Jovan Stosic 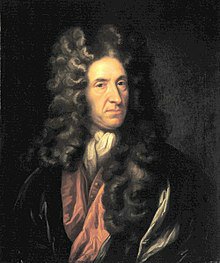 Daniel Defoe (/dɪˈfoʊ/; c. 1660 – 24 April 1731), born Daniel Foe, was an English trader, writer, journalist, pamphleteer and spy. He is most famous for his novel Robinson Crusoe, which is second only to the Bible in its number of translations. He has been seen as one of the earliest proponents of the English novel, and helped to popularise the form in Britain with others such as Aphra Behn and Samuel Richardson.Defoe wrote many political tracts and often was in trouble with the authorities, including a spell in prison. Intellectuals and political leaders paid attention to his fresh ideas and sometimes consulted with him.

Defoe was a prolific and versatile writer, producing more than three hundred works—books, pamphlets, and journals—on diverse topics, including politics, crime, religion, marriage, psychology, and the supernatural. He was also a pioneer of business journalism and economic journalism.