Got wind of Synonyms, Got wind of Antonyms | Thesaurus.com was last modified: July 13th, 2017 by Jovan Stosic

SMART is a mnemonic acronym, giving criteria to guide in the setting of objectives, for example in project management, employee-performance management and personal development. The letters S and M usually mean specific and measurable. The other letters have meant different things to different authors, as described below. Additional letters have been added by some authors. SMART criteria are commonly associated with Peter Drucker’s management by objectives concept.[1] The first-known use of the term occurs i

So here’s an interesting situation I ran into when using Windows 7 connected to both my Ethernet network and my wireless network at home: whenever I would

Source: Force Windows 7 to Use Wired Connection over Wireless 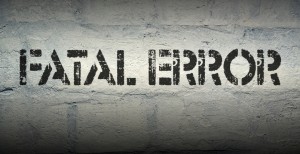 My disk space is dwindling by about 2GB a day! I only have a few more days before I run out of space.

I have been searching for the biggest directories/log files, deleting and compressing. But I am still losing the war. Finally, I realised I have a big misunderstanding:

Clearly I have a misunderstanding: I thought the ‘/dev/sda4’ line represented all the files visible from ‘/’. What should I be reading to understand where the other storage has gone?

Source: The Mystery of the Vanishing Disk Space – Ask Ubuntu

DEmbryo -How to Start with ESP-12F WiFi Microcontroller was last modified: July 13th, 2017 by Jovan Stosic

LibreELEC is ‘Just enough OS’ for Kodi, a Linux distribution built to run Kodi on current and popular mediacentre hardware. We are an evolution of the popular OpenELEC project. LibreELEC software will be familiar to OpenELEC users, but the project follows its own path and has intentional differences.
https://libreelec.tv/about/

About – LibreELEC was last modified: July 13th, 2017 by Jovan Stosic