16.04 Command to list all services started on boot was last modified: March 31st, 2019 by Jovan Stosic

Ubuntu 16.04 has moved from using init to systemd. Thus, the  concept of run-levels is replaced by the term targets.  The advantages over choosing systemd is discussed in the article The Story Behind ‘init’ and ‘systemd’: Why ‘init’ Needed to be Replaced with ‘systemd’ in Linux . The seven run-levels of init can be mapped with the targets as:

To change the run-level non-GUI:

Kernel space is strictly reserved for running a privileged operating system kernel, kernel extensions, and most device drivers. In contrast, user space is the memory area where application software and some drivers execute.

Linux startup process is the multi-stage initialization process performed during booting a Linux installation. It is in many ways similar to the BSD and other Unix-style boot processes, from which it derives.

Booting a Linux installation involves multiple stages and software components, including firmware initialization, execution of a boot loader, loading and startup of a Linux kernel image, and execution of various startup scripts and daemons. For each of these stages and components there are different variations and approaches; for example, GRUB, LILO, SYSLINUX or Loadlin can be used as boot loaders, while the startup scripts can be either traditional init-style, or the system configuration can be performed through modern alternatives such as systemd or Upstart.

systemd aims to unify service configuration and behavior across Linux distributions.[8] It replaces the UNIX System V and BSD init systems. Since 2015, the majority of Linux distributions have adopted systemd, and it is considered a de facto standard.[1]

The name systemd adheres to the Unix convention of naming daemons by appending the letter d. It also plays on the term “System D“, which refers to a person’s ability to adapt quickly and improvise to solve problems.

UNIX System V (pronounced: “System Five”) is one of the first commercial versions of the Unix operating system. It was originally developed by AT&T and first released in 1983. Four major versions of System V were released, numbered 1, 2, 3, and 4. System V Release 4, or SVR4, was commercially the most successful version, being the result of an effort, marketed as “Unix System Unification”, which solicited the collaboration of the major Unix vendors. It was the source of several common commercial Unix features. System V is sometimes abbreviated to SysV. 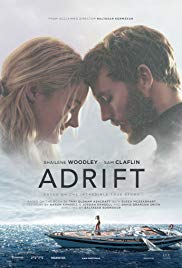 Casa di Riposo per Musicisti Giuseppe Verdi (Milan) – 2019 All You Need to Know BEFORE You Go (with Photos) – TripAdvisor was last modified: March 29th, 2019 by Jovan Stosic