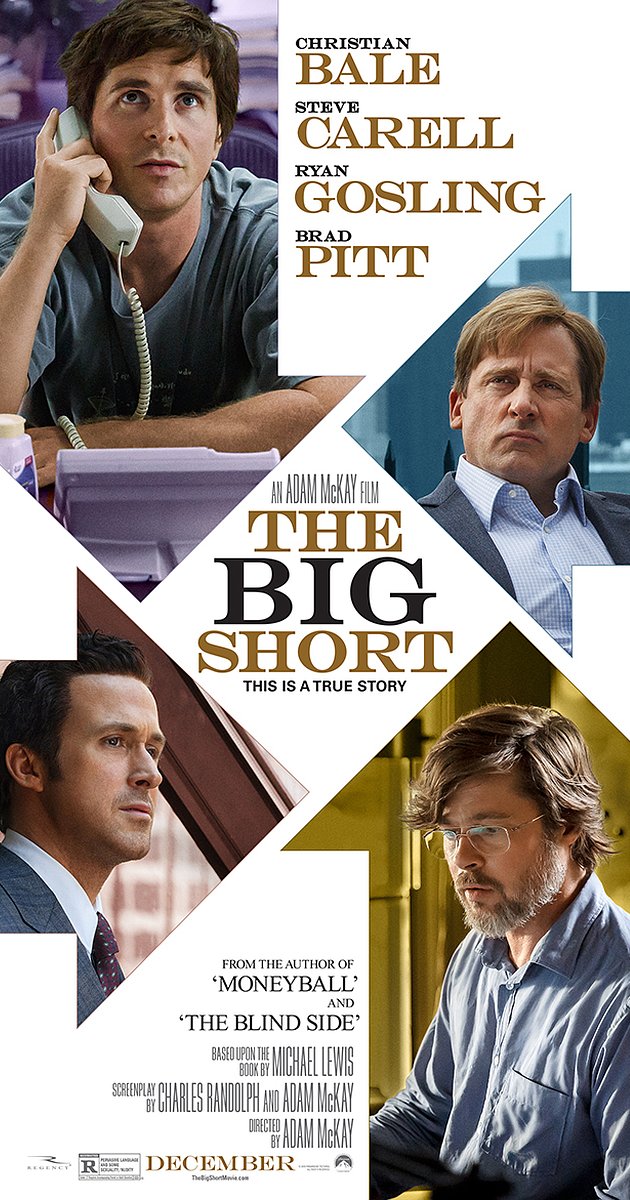 Directed by Adam McKay. With Christian Bale, Steve Carell, Ryan Gosling, Brad Pitt. Four denizens in the world of high-finance predict the credit and housing bubble collapse of the mid-2000s, and decide to take on the big banks for their greed and lack of foresight.