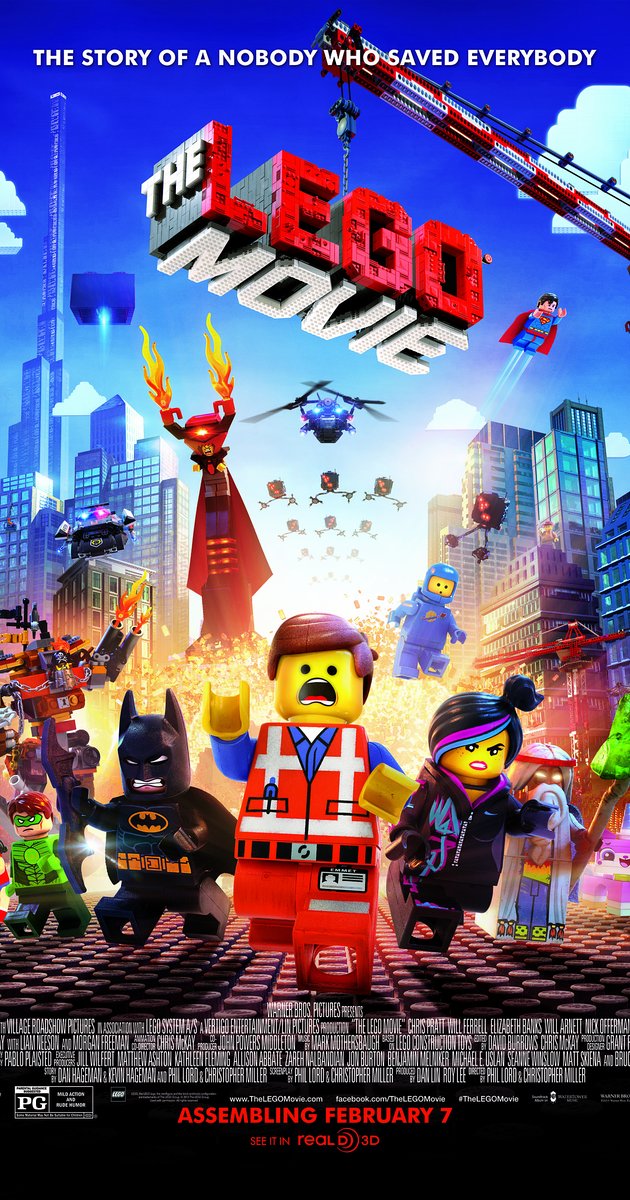 Directed by Phil Lord, Christopher Miller. With Chris Pratt, Will Ferrell, Elizabeth Banks, Will Arnett. An ordinary Lego construction worker, thought to be the prophesied ‘Special’, is recruited to join a quest to stop an evil tyrant from gluing the Lego universe into eternal stasis.