Nicholas II or Nikolai II Alexandrovich Romanov (18 May [O.S. 6 May] 1868 – 17 July 1918), known in the Russian Orthodox Church as Saint Nicholas the Passion-Bearer, was the last Emperor of Russia, ruling from 1 November 1894 until his forced abdication on 15 March 1917. His reign saw the fall of the Russian Empire from one of the foremost great powers of the world to economic and military collapse. His memory was reviled by Soviet historians as a weak and incompetent leader whose decisions led to military defeats and the deaths of millions of his subjects. By contrast Anglo-Russian historian Nikolai Tolstoy, leader of the International Monarchist League, says, “There were many bad things about the Tsar’s regime, but he inherited an autocracy and his acts are now being seen in perspective and in comparison to the terrible crimes committed by the Soviets.”

The Battle of Tsushima (Russian: Цусимское сражение, Tsusimskoye srazheniye), also known as the Battle of Tsushima Strait and the Naval Battle of the Sea of Japan (Japanese: 日本海海戦, Nihonkai-Kaisen) in Japan, was a major naval battle fought between Russia and Japan during the Russo-Japanese War. It was naval history’s first decisive sea battle fought by modern steel battleship fleets, and the first naval battle in which wireless telegraphy (radio) played a critically important role. It has been characterized as the “dying echo of the old era – for the last time in the history of naval warfare, ships of the line of a beaten fleet surrendered on the high seas”.

The Treaty of Portsmouth formally ended the 1904–05 Russo-Japanese War. It was signed on September 5, 1905 after negotiations lasting from August 6 to August 30, at the Portsmouth Naval Shipyard in Kittery, Maine, United States. U.S. President Theodore Roosevelt was instrumental in the negotiations and won the Nobel Peace Prize for his efforts.

Babi Yar (Ukrainian: Бабин Яр, Babyn Yar; Russian: Бабий Яр, Babiy Yar) is a ravine in the Ukrainian capital Kyiv and a site of massacres carried out by German forces during their campaign against the Soviet Union in World War II. The first, and best documented, of the massacres took place on 29–30 September 1941, killing approximately 33,771 Jews. The decision to kill all the Jews in Kyiv was made by the military governor Generalmajor Kurt Eberhard, the Police Commander for Army Group South, SS-Obergruppenführer Friedrich Jeckeln, and the Einsatzgruppe C Commander Otto Rasch. Sonderkommando 4a soldiers, along with the aid of the SD and SS Police Battalions with the Ukrainian Auxiliary Police backed by the Wehrmacht carried out the orders. The massacre was the largest mass killing under the auspices of the Nazi regime and its collaborators during its campaign against the Soviet Union and has been called “the largest single massacre in the history of the Holocaust” to that particular date, and surpassed overall only by the later 1941 Odessa massacre of more than 50,000 Jews in October 1941 (committed by German and Romanian troops) and by Aktion Erntefest of November 1943 in occupied Poland with 42,000–43,000 victims.

Victims of other massacres at the site included Soviet prisoners of war, communists, Ukrainian nationalists and Roma. It is estimated that between 100,000 and 150,000 people were killed at Babi Yar during the German occupation.

Aaron Copland (/ˈkoʊplənd/, KOHP-lənd; November 14, 1900 – December 2, 1990) was an American composer, composition teacher, writer, and later a conductor of his own and other American music. Copland was referred to by his peers and critics as “the Dean of American Composers”. The open, slowly changing harmonies in much of his music are typical of what many people consider to be the sound of American music, evoking the vast American landscape and pioneer spirit. He is best known for the works he wrote in the 1930s and 1940s in a deliberately accessible style often referred to as “populist” and which the composer labeled his “vernacular” style. Works in this vein include the ballets Appalachian Spring, Billy the Kid and Rodeo, his Fanfare for the Common Man and Third Symphony. In addition to his ballets and orchestral works, he produced music in many other genres, including chamber music, vocal works, opera and film scores.

After some initial studies with composer Rubin Goldmark, Copland traveled to Paris, where he first studied with Isidor Philipp and Paul Vidal, then with noted pedagogue Nadia Boulanger. He studied three years with Boulanger, whose eclectic approach to music inspired his own broad taste. Determined upon his return to the U.S. to make his way as a full-time composer, Copland gave lecture-recitals, wrote works on commission and did some teaching and writing. However, he found that composing orchestral music in the modernist style, which he had adopted while studying abroad, was a financially-contradictory approach, particularly in light of the Great Depression. He shifted in the mid-1930s to a more accessible musical style which mirrored the German idea of Gebrauchsmusik (“music for use”), music that could serve utilitarian and artistic purposes. During the Depression years, he traveled extensively to Europe, Africa, and Mexico, formed an important friendship with Mexican composer Carlos Chávez and began composing his signature works.

During the late 1940s, Copland became aware that Stravinsky and other fellow composers had begun to study Arnold Schoenberg‘s use of twelve-tone (serial) techniques. After he had been exposed to the works of French composer Pierre Boulez, he incorporated serial techniques into his Piano Quartet (1950), Piano Fantasy (1957), Connotations for orchestra (1961) and Inscape for orchestra (1967). Unlike Schoenberg, Copland used his tone rows in much the same fashion as his tonal material—as sources for melodies and harmonies, rather than as complete statements in their own right, except for crucial events from a structural point of view. From the 1960s onward, Copland’s activities turned more from composing to conducting. He became a frequent guest conductor of orchestras in the U.S. and the UK and made a series of recordings of his music, primarily for Columbia Records. 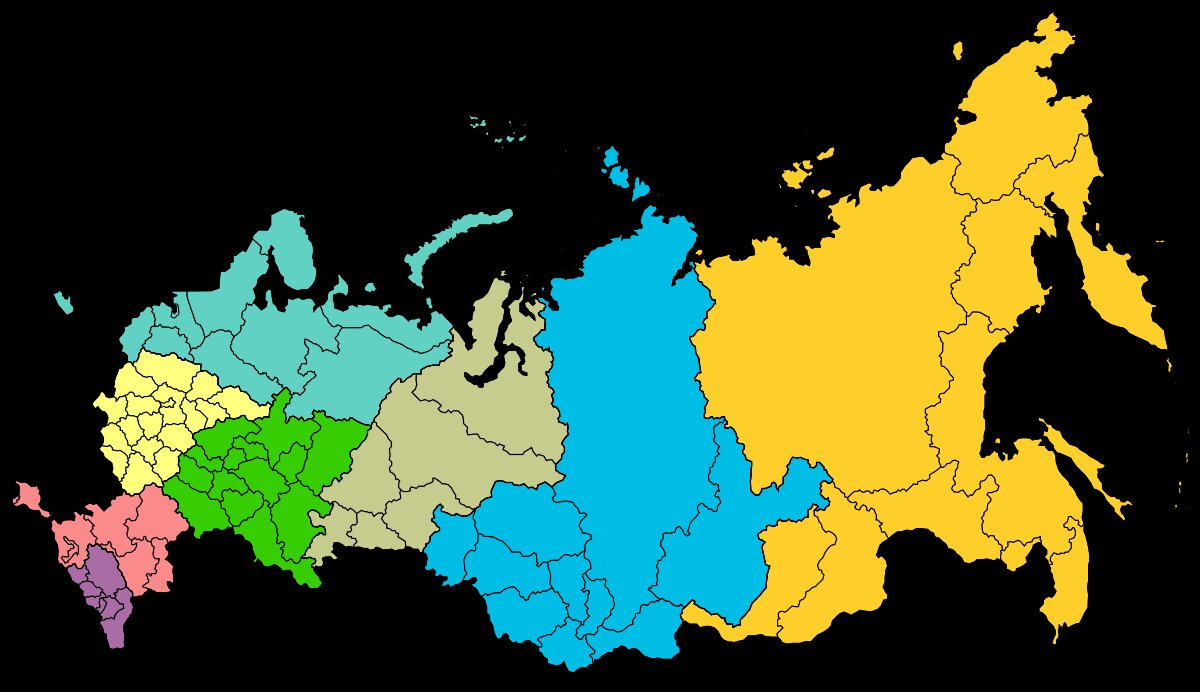 Mily Alexeyevich Balakirev (Russian: Милий Алексеевич Балакирев, IPA: [ˈmʲilʲɪj ɐlʲɪkˈsʲeɪvʲɪtɕ bɐˈɫakʲɪrʲɪf]; 2 January 1837 [O.S. 21 December 1836] – 29 May [O.S. 16 May] 1910) was a Russian composer, pianist, and conductor known today primarily for his work promoting musical nationalism and his encouragement of more famous Russian composers, notably Pyotr Ilyich Tchaikovsky. He began his career as a pivotal figure, extending the fusion of traditional folk music and experimental classical music practices begun by composer Mikhail Glinka. In the process, Balakirev developed musical patterns that could express overt nationalistic feeling. After a nervous breakdown and consequent sabbatical, he returned to classical music but did not wield the same level of influence as before.

In conjunction with critic and fellow nationalist Vladimir Stasov, in the late 1850s and early 1860s Balakirev brought together the composers now known as The Five (a.k.a., The Mighty Handful) – the others were Alexander Borodin, César Cui, Modest Mussorgsky and Nikolai Rimsky-Korsakov. For several years, Balakirev was the only professional musician of the group; the others were amateurs limited in musical education. He imparted to them his musical beliefs, which continued to underlie their thinking long after he left the group in 1871, and encouraged their compositional efforts. While his methods could be dictatorial, the results of his influence were several works which established these composers’ reputations individually and as a group. He performed a similar function for Tchaikovsky at two points in the latter’s career – in 1868–69 with the fantasy-overture Romeo and Juliet and in 1882–85 with the Manfred Symphony.

As a composer, Balakirev finished major works many years after he had started them; he began his First Symphony in 1864 but completed it in 1897. The exception to this was his oriental fantasy Islamey for solo piano, which he composed quickly and remains popular among virtuosos. Often, the musical ideas normally associated with Rimsky-Korsakov or Borodin originated in Balakirev’s compositions, which Balakirev played at informal gatherings of The Five. However, his slow pace in completing works for the public deprived him of credit for his inventiveness, and pieces that would have enjoyed success had they been completed in the 1860s and 1870s made a much smaller impact.