DALI slave addressing is by one of:

Each luminaire can participate in one of more of 16 available DALI scenes.

For each scene, the luminaire stores a level (0-254) for that scene or 255 if not participating.

A GOTO SCENE NN command causes each participating luminaire to switch to its level for scene NN.

Addressing in the 16 bit transmitted frame

A brief summary of DALI addressing is given in the table below.

The following coding is used to illustrate the bit usage:

The table below lists the DALI commands currently used by Rayzig. 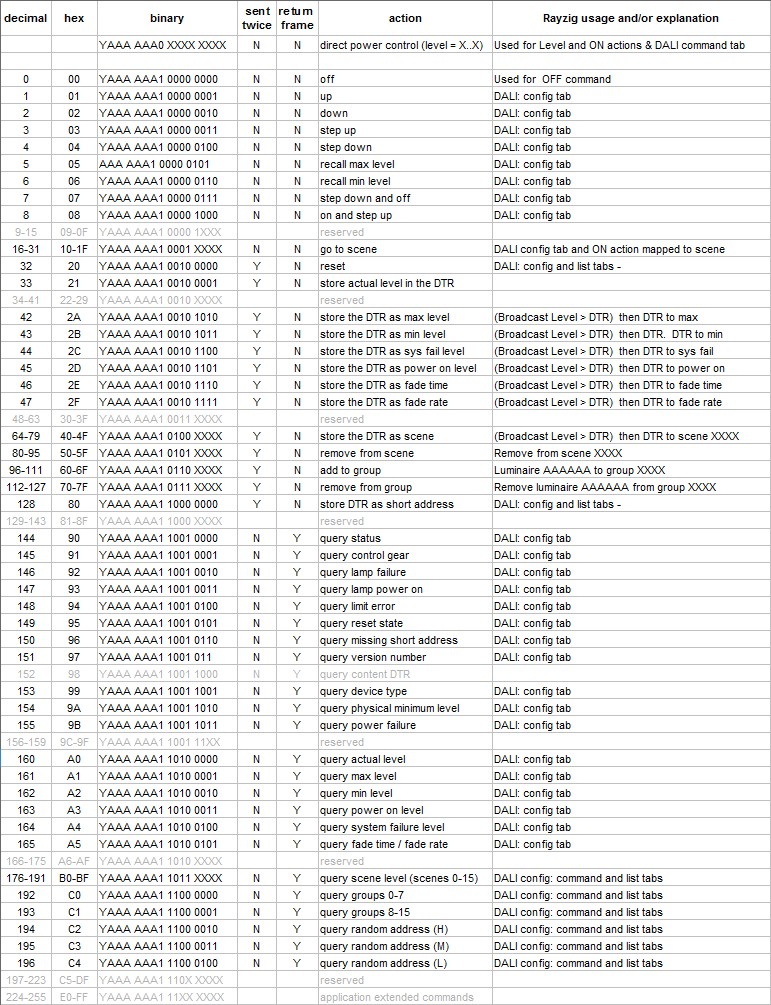 plus GOTO SCENE with broadcast addressing.