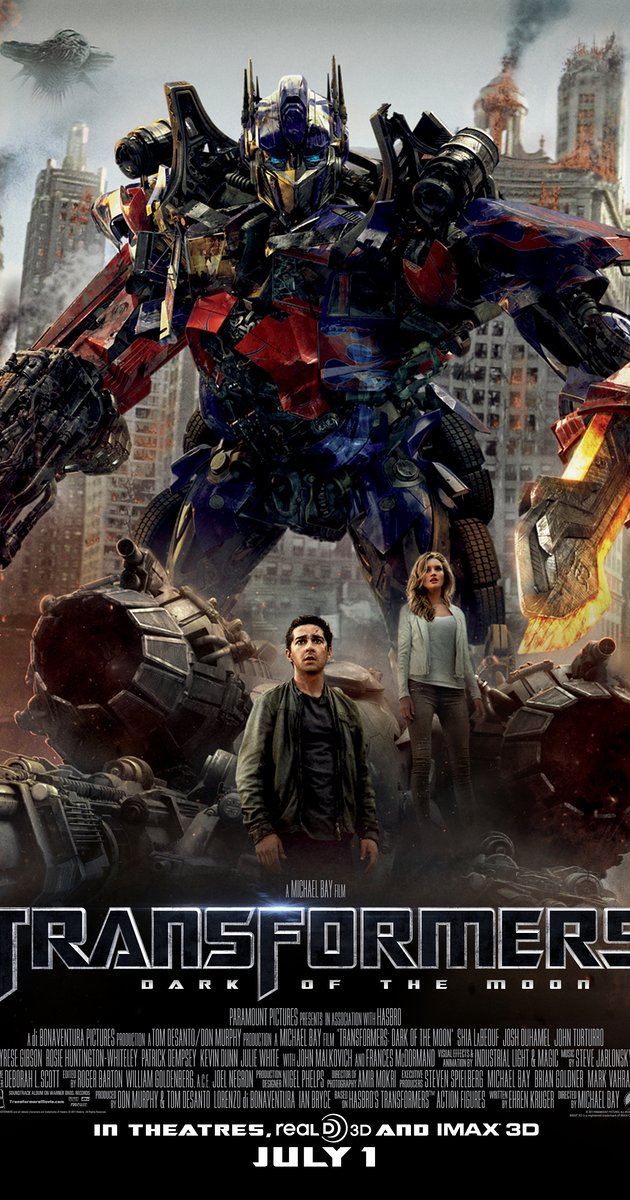 Directed by Michael Bay. With Shia LaBeouf, Rosie Huntington-Whiteley, Tyrese Gibson, Josh Duhamel. The Autobots learn of a Cybertronian spacecraft hidden on the moon, and race against the Decepticons to reach it and to learn its secrets.