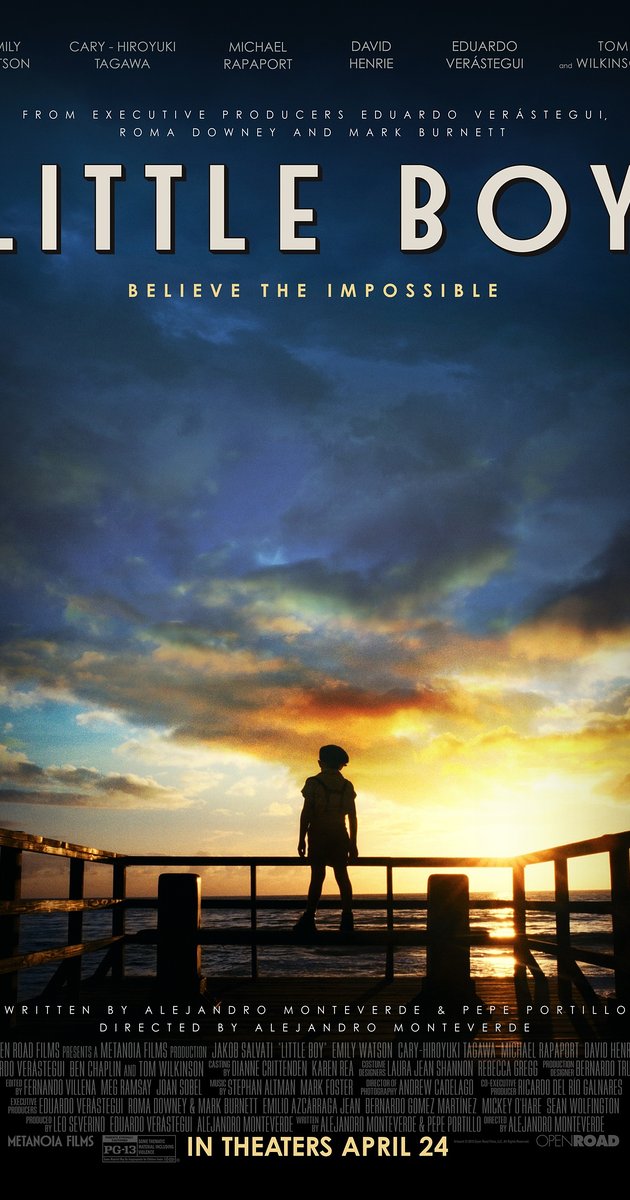 Directed by Alejandro Monteverde. With Jakob Salvati, Emily Watson, David Henrie, Michael Rapaport. An eight-year-old boy is willing to do whatever it takes to end World War II so he can bring his father home. The story reveals the indescribable love a father has for his little boy and the love a son has for his father.