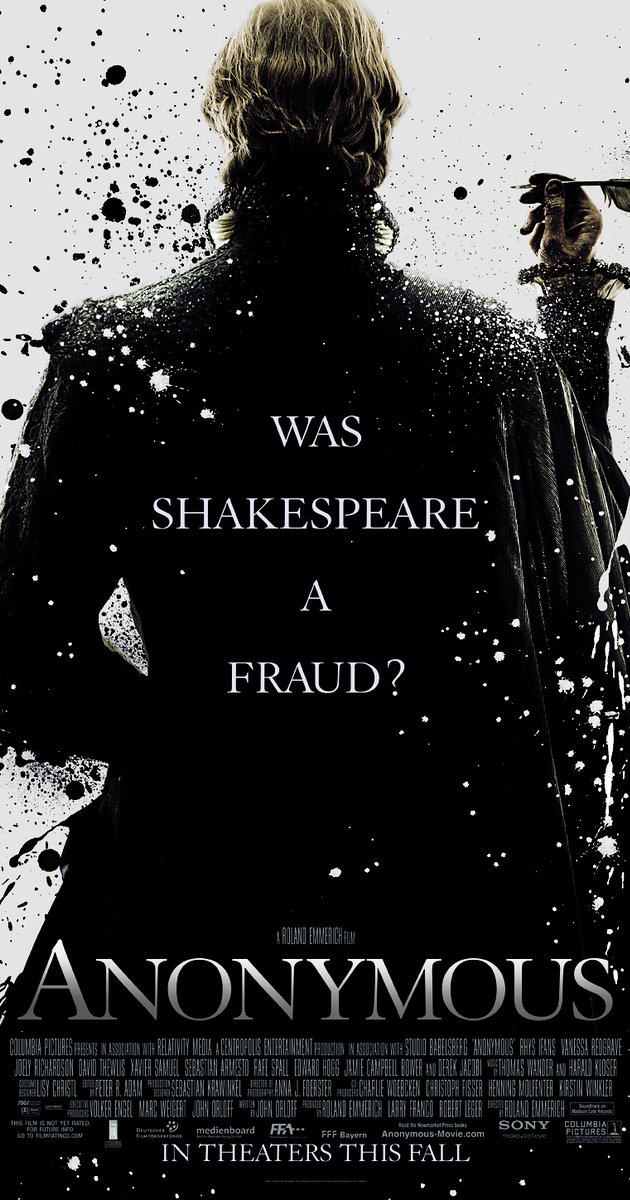 Directed by Roland Emmerich. With Rhys Ifans, Vanessa Redgrave, David Thewlis, Sebastian Armesto. The theory that it was in fact Edward De Vere, Earl of Oxford, who penned Shakespeare’s plays. Set against the backdrop of the succession of Queen Elizabeth I and the Essex rebellion against her.