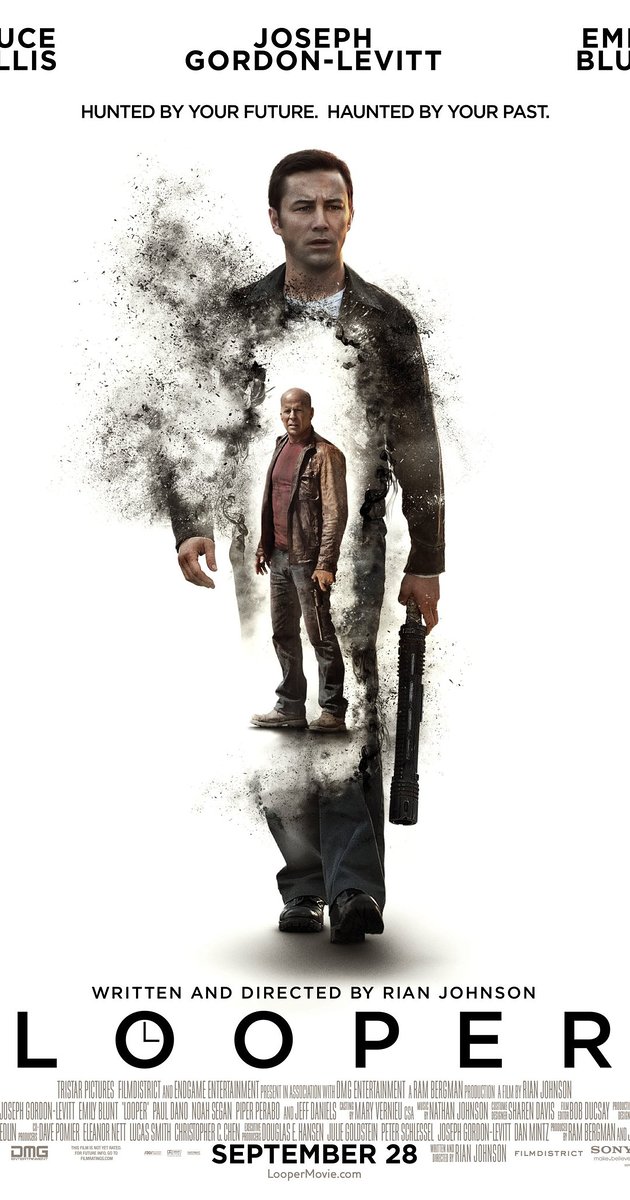 Directed by Rian Johnson. With Joseph Gordon-Levitt, Bruce Willis, Emily Blunt, Paul Dano. In 2074, when the mob wants to get rid of someone, the target is sent into the past, where a hired gun awaits – someone like Joe – who one day learns the mob wants to ‘close the loop’ by sending back Joe’s future self for assassination.