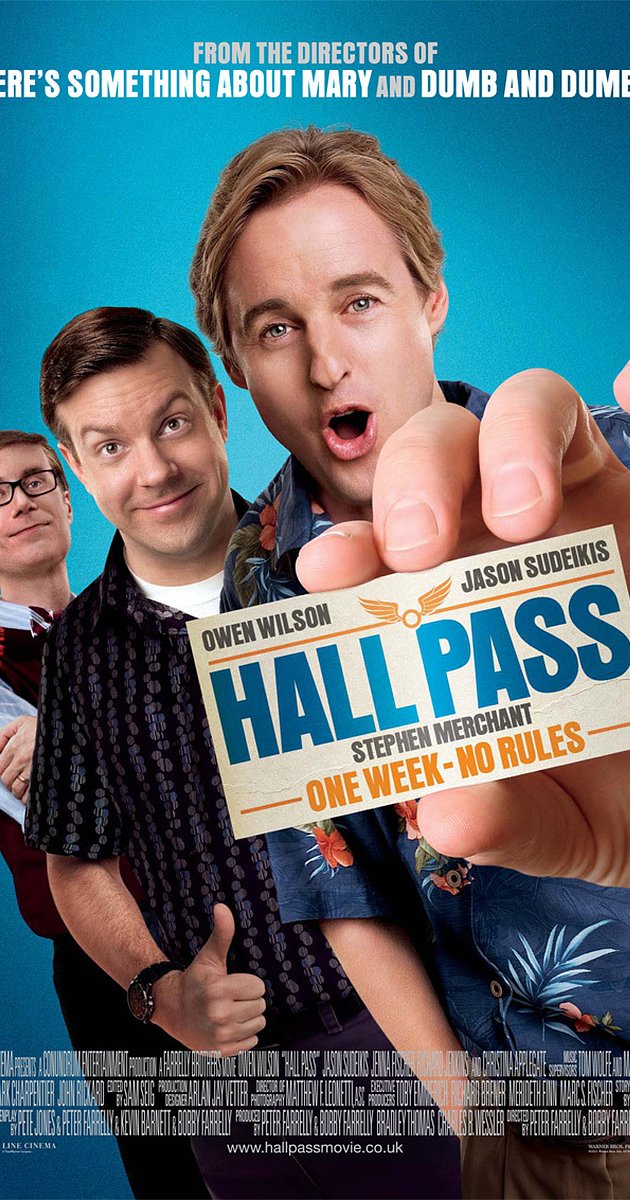 Directed by Bobby Farrelly, Peter Farrelly. With Owen Wilson, Jason Sudeikis, Christina Applegate, Jenna Fischer. Rick and Fred, two husbands who are having difficulty in their marriages, are given a Hall Pass by their wives: for one week, they can do whatever they want.