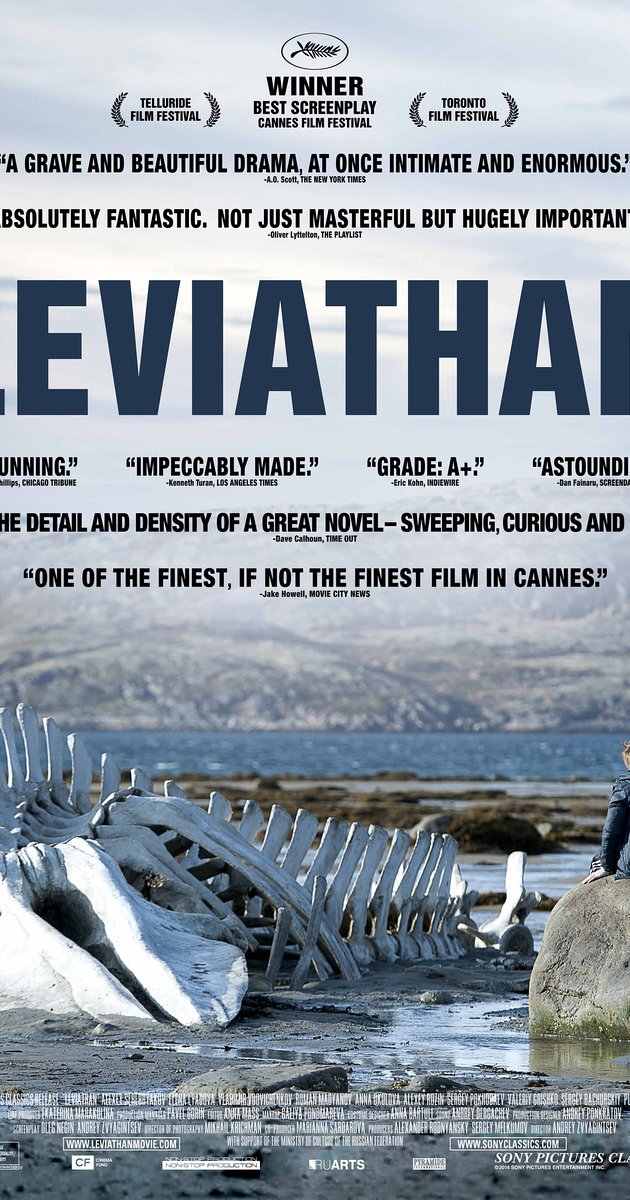 Directed by Andrey Zvyagintsev. With Aleksey Serebryakov, Elena Lyadova, Roman Madyanov, Vladimir Vdovichenkov. In a Russian coastal town, Kolya is forced to fight the corrupt mayor when he is told that his house will be demolished. He recruits a lawyer friend to help, but the man’s arrival brings further misfortune for Kolya and his family.