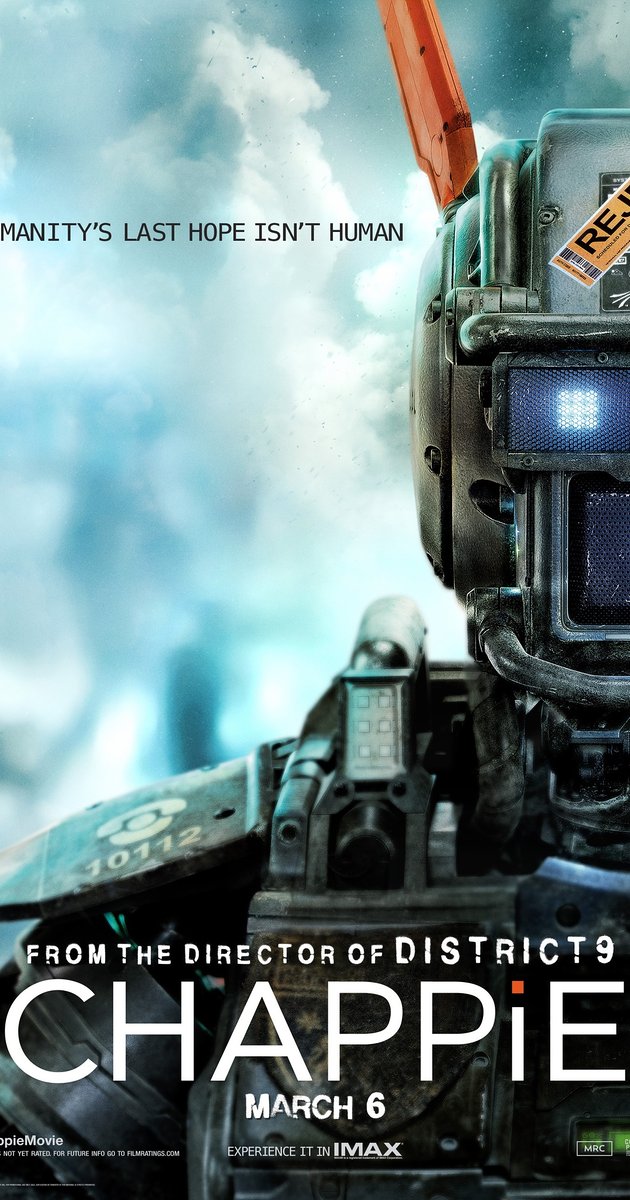 Directed by Neill Blomkamp. With Sharlto Copley, Dev Patel, Hugh Jackman, Sigourney Weaver. In the near future, crime is patrolled by a mechanized police force. When one police droid, Chappie, is stolen and given new programming, he becomes the first robot with the ability to think and feel for himself.