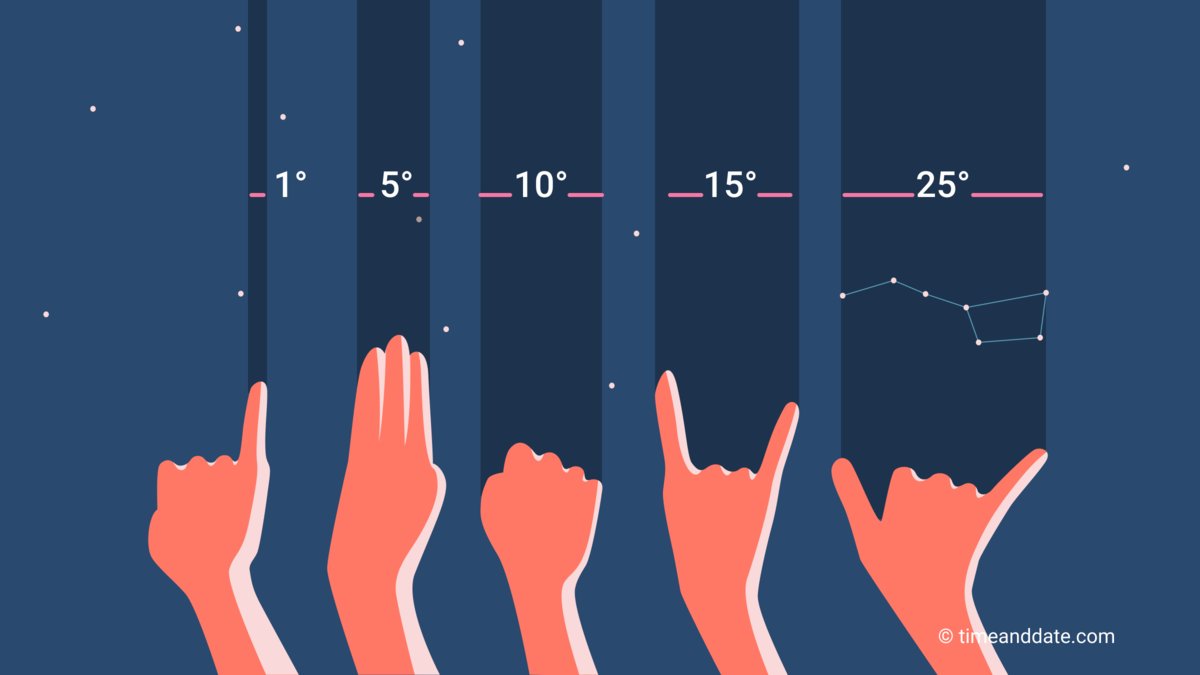 A Handy Guide to Measuring the Sky was last modified: August 14th, 2021 by Jovan Stosic

To get started, hold your hands at arm’s length in front of your face.

Clench your fist or hold your hand like a policeman stopping traffic to measure 10 degrees.

Now stretch your thumb and little finger as wide as you can (one full hand-span) to measure about 20 degrees.

Measure the sky with your hands was last modified: August 14th, 2021 by Jovan Stosic

Earth moves the distance of its diameter every seven minutes.

Joseph Johann von Littrow (13 March 1781, Horšovský Týn (German: Bischofteinitz) – 30 November 1840, Vienna) was an Austrian astronomer. In 1837, he was ennobled with the title Joseph Johann Edler von Littrow. He was the father of Karl Ludwig Edler von Littrow and the mentor of the mathematician Nikolai Brashman. His work took him to Russia for a time, which is where his son who succeeded him was born.

He became director of the Vienna Observatory in 1819. He served in this position until his death in 1840. He created the only conformal retroazimuthal map projection, which is known as the Littrow projection. Littrow authored the widely read Wunder des Himmels (“Miracles of the Sky”), which was reprinted eight times by 1897.

Von Littrow is often associated with a proposal to dig a large circular canal in the Sahara desert and fill it with burning kerosene, thus communicating the fact of human intelligence to aliens who may be observing earth. However, Von Littrow’s connection with this scheme may be apocryphal.

The crater Littrow on the Moon is named in his honor.

How to Choose Binoculars for Astronomy and Skywatching was last modified: September 9th, 2018 by Jovan Stosic